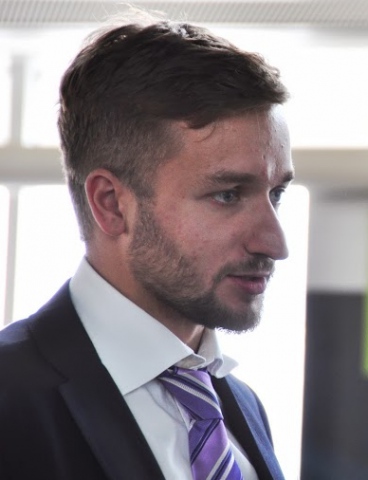 Have you communicated with the representatives of foreign companies and manufacturers?

Yes, of course, the 90% of our company’s profile consists of foreign co-operation, it was nice to see our foreign colleagues, of course, it was still only Europe, but I would like to see the representatives of the United States, as the leaders of the industry, nevertheless, I think, they will be present at the next exhibition.

What do you consider the most useful information from them?

Issues of standards development, industry certification in the CIS, because the impression of an emerging, but already an industry, should be formed primarily on the basis of safe products.

How fast is developing the Russian market and how many years, do you think we’ll need to reach the level of our foreign colleagues?

The market is developing rapidly at a rate of 30-50% per year, in our opinion, we now have 2-3 summer gap with the US and 1 year with Europe. Citing the analogy, the market may develop in the direction of gadgets as mobile phone market since the creation of the touch screen technology, when the premium class devices appear even in the remotest corners of our country, regardless of the price. End of the year, as the season, will allow to accuratelyanalyse, in our opinion, the peak growth of the industry in the CIS,which is going to happen in 2016.Now the players are becoming active, and raise the first bumps, just in time for the new year by getting profile experience, the industry strives to penetrate into the masses. I would like to believe that we can become one of the key players in Europe and will be able to not only import but also export our products worthy of a premium level of quality.

We would like to thank once again for organizing the event, it was a good platform to communicate with colleagues from Moscow and other regions, because for them in particular it was the fastest way to plunge into vape industry and the dynamics of its development from the starter kits of the massmarket segments, up to truly professional original devices from around the world for collectors, because the market consists precisely of different levels of consumers.