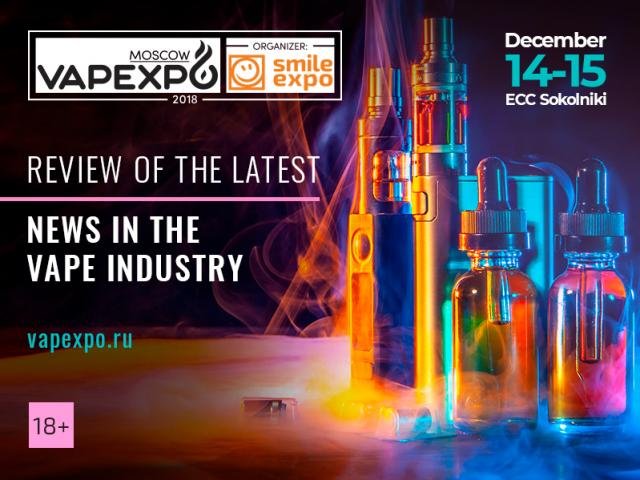 Vaping versus smoking, e-cigarettes highlighted by mass media, and teenage vapers. Somebody is destroying myths about vaping and somebody is creating them. Today we will tell you about the latest events in the field of vaping.

They are not telling us that vaping helps to quit smoking

Professor of Medicine Brad Rodu that studies the consequences of smoking reported that anti-smoking organizations were hiding the truth. According to data that they provide, the number of smokers has decreased, but they leave unsaid that the main reason for that is vaping.

The National Health Interview Survey (NHIS) held in the USA in 2017 showed that the number of smokers aged 18-24 reduced by 21% in just one year.

However, representatives of the NHIS did not explain that the reason is that smokers prefer e-cigarettes rather than tobacco.

“Seven out of ten smokers choose an e-cigarette, and ultimately five out of ten stop smoking,” Brad Rodu states.

A research was conducted in the USA regarding references to e-cigarettes made in mass media. Data was taken from Access World News and Factiva, companies that provide access to business and analytical data. The following results were obtained:

• almost half of the articles discuss whether vaping is regulated;

• rest of 21.7% - articles discussing the harm of vaping for health.

Another topic was the growth in popularity of e-cigarettes among young people.

Old data of 2015 was taken. So no wonder that 33.9% of articles said that it was easy to shift from vape to traditional cigarettes and that vaping in general was harmful and complicated. E-liquid flavors were also discussed – 22.4% of all articles focused on this topic.

Overall, it was written that vaping was harmful, bad, and ill favored. Data is outdated, so let’s wait for the review of vaping 2018.

The UK wants to make e-cigarettes a medical product

The British are ahead of the curve. During the debates of the UK Science and Technology Committee, Member of Parliament Nick Smith voiced the issue of e-cigarettes. He asked the Head of the Committee Norman Lamb whether the government was going to provide a medical license for e-cigarettes.

As Smith said, in case e-cigarettes could help to quit smoking, why do not doctors recommend them in hospitals?

Lamb answered that it was necessary to think it over and sort out the situation. Meanwhile, it was possible to include e-cigarettes in the government’s review of the issues of safer nicotine products.

FDA wants to solve the situation with teenage vapers

The US Food and Drug Administration has sent a letter to such vape industry manufacturers as Mark Ten XL, JUUL, VUSE, Blu, and Logic.

• stop the relations with companies that were fined for selling tobacco products to underage people;

• stop trading online or prove that underage people do not buy;

• control sales and not to sell to teenagers.

That is all for today. Find more news and reviews of the latest vape products on the website of VAPEXPO Moscow.