The Ninth VAPEXPO Moscow – the Most Talked About Exhibition | VapeExpo Moscow 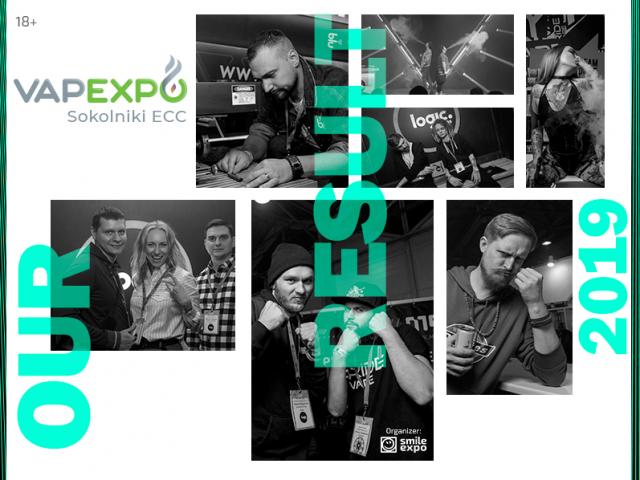 The Ninth VAPEXPO Moscow – the Most Talked About Exhibition

VAPEXPO Moscow 2019, which took place on November 30 and December 1, caused a real barrage of discussions and numerous feedbacks on the Internet. Both attendees and those who have not been to the exhibition have shared their opinion about the event. Time has come for us to have our say.

The team of VAPEXPO had a hard time gathering a vape meetup for a number of objective reasons this year:

However, despite the difficulties, we did it. The ninth exhibition was successful thanks to everyone who attended it! We thank those who helped to organize the meetup and participated in it:

All attendees that supported us, visited the event, took part in contests, drawings, and were excited to meet each other!

The sponsors that made a special contribution to allow us to spend time in the cozy atmosphere and to bring into life all planned activities:

Our task was to maintain the atmosphere of past events by putting the favorite activities of vapers on the program. Besides, our team introduced new contests, including the ones whose ideas were offered by our social media followers.

During the Big Mech Shower, we were giving away top-class devices produced by participants of the alley in order to promote the vape movement and to increase the number of visitors to the next meetup. Perhaps they will show themselves at the Cloud Contest or Tricks Battle the next year!

The exhibition traditionally involved the Tricks Battle, organized by Babylon Vape Shop. We thank them for the contest and prizes for winners.

Special thanks to the General Sponsor – Logic Vape! This company provided packages of presents to every participant of contests on the main stage.

We were actively growing the community on social media by communicating with our subscribers and visitors, which allowed us to collect many cool offers regarding the show program. Thanks to the support of partners and participants of the event, we also diversified drawings on social media with cool mech mods and tasty e-liquids.

VAPEXPO Moscow 2019 did not leave anyone indifferent.

Some people are genuinely happy about and waiting for our meetups, and others are trying to shatter the gathering of like-minded people at a single location. Smile-Expo received different feedbacks from partners and bloggers, as well as many cool feedbacks from sponsors and exhibitors. Once again we became convinced that VAPEXPO Moscow is not merely an annual exhibition of vape industry but also a powerful platform to meet friends and colleagues, to discuss the development direction of the industry, and what is more important, the place where we can bring together all Russian vape community under the same roof.

Thanks to such people the exhibition will keep going.

Participate in Contests at VAPEXPO Moscow 2019 and Get Tons of Prizes
Don’t be shy to show the vape community what you’re capable of and get cool prizes! Find out what contests and giveaways will take place on VAPEXPO Moscow 2019 main stage during the second day of the exhibition. 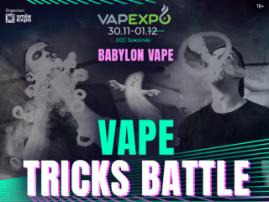 Tricks Battle at VAPEXPO Moscow 2019: Get Ready to Show Your Excellence
Your octopus makes all other jellyfish disappear? You can exhale vape rings as huge as the Moscow ring road? That means that you’re ready to grab your prizes from Babylon Vape at the Tricks Battle as part of VAPEXPO Moscow 2019!
Do you want to be the first to learn about major news and special offers from VAPEXPO?
Leave your email!
Sponsors
Become a sponsor