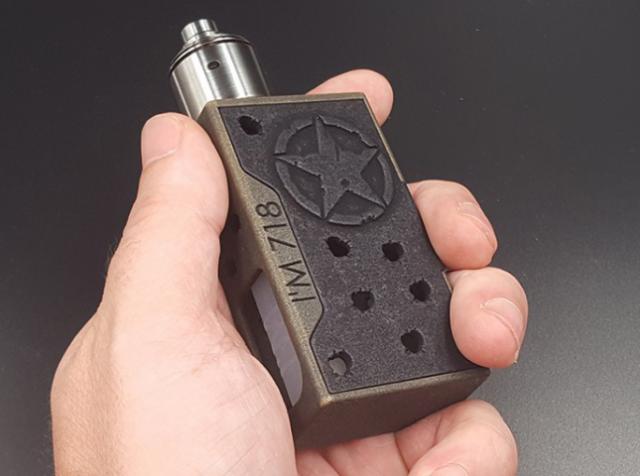 Infinity Mods is a manufacturer, products of which can be recognized by their names: each device differs not by the word characterizing it, but by the number. The most popular line of company mods is I'M. The last update of the series is I'M 718 box mod.

The device looks original: the case is designed as if it was shot several times. Interesting features include an engraving in the form of a star and the mod name, as well as an oblique side edge. It is rather unusual design solution, but, probably, someone will like it.

Developers have made the device compact, which will be especially nice those who are enthusiastic about stealth vaping. Its weight is only 50 g, with a battery – 95 g.

Bottom feeders usually have standard e-liquid bottles, but this novelty received a specially developed branded one. Its capacity is 6 ml, which is quite enough for several hours of vaping.