Game of Thrones on the electronic cigarettes market | VapeExpo Moscow 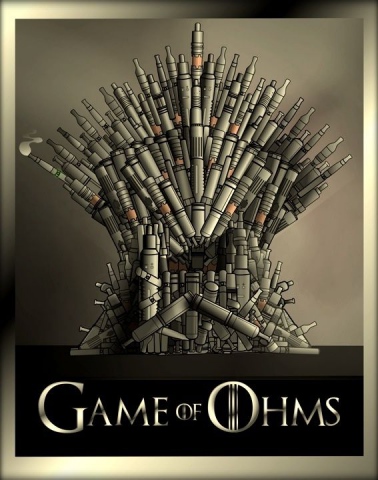 Game of Thrones on the electronic cigarettes market

Driving on the increasing sales of e-cigs in the USA and consequent drop on the similar tobacco market, big corporations are beginning to overtake small and sticky e-cig manufacturers.

Thus, Altria, a.k.a. Philip Morris, a.k.a. Marlboro owner has already infringed upon GreenSmoke independence. Shortly, the guys have accepted Altria’s offer, especially since $110 m was three times more than their last year’s revenue.

And what else can tobacco giants do? It’s their existence that’s at stake, and they’d better invest in quality manufacturer than pick up leftovers when the market will be filled with Chinese merchants.

“The thing that just a few years ago has been a cult and passion, has grown more than twice over the last three years,” said CEO of PrivCo research company Sam Hamadeh.

It’s true, lately e-cig market has grown so much that one of the leading companies on the market – Njoy – has spent big bucks on commercial during the Super Bowl, most hot prime time in the USA.

And if previously tobacco companies thought of the ways to slow down the daring newbies, now they have to join the game. That’s because e-cigs have a definite edge: flexibility and scoping. They can change, adapt to public demand, unlike tobacco products which couldn’t deal with changing the formula.

But the moment might be gone. VCs and hi-tech community have also tasted vapor. Former venture capitalist Andries Verleur who is now CEO and co-founder of V2 e-cigarettes, says that “innovations drive so many manufacturing spheres, why no to integrate them in the existing product?”

Let’s also not forget that recently Facebook co-founder Shaun Parker has invested $10 m in NJoy. It has been reported that e-cig manufacturer received a total $75 m of investments, and part of this money was credited to PayPal co-founder Peter Thiel.

And even the biggest America’s pharmacy network Walgreens decided to “think about the customer product demand and provide products that help to quit smoking and their alternatives, aiding to reduce the tobacco demand”. Quaint but promising statement that made tobacco corporations rethink their strategies related to e-cig market.