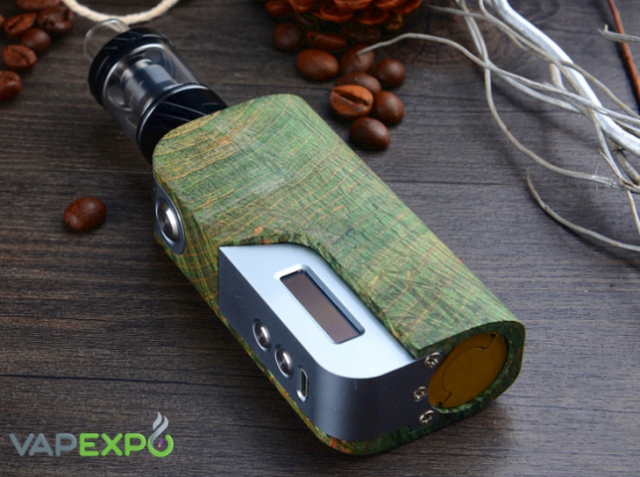 Undoubtedly, high-end box mods have the right to exist, including those of Chinese manufacturing. Thus, Arctic Dolphon presented a new device in this segment – Orion box mod.

Mods from stabilized wood are not rare, but they are still marvelous. Most probably for this reason manufacturers decided to make the chassis from this material.

The compartment for a single 18650 battery can be found in the bottom part of the device.

As Orion by Arctic Dolphon is positioned as a high-end box mod, it will cost correspondingly. The manufacturer has not announced the price yet, but judging from the previous models, it can be safely assumed that it will be no less than $300. The number is frightening, but for well-off vapers that’s the norm.