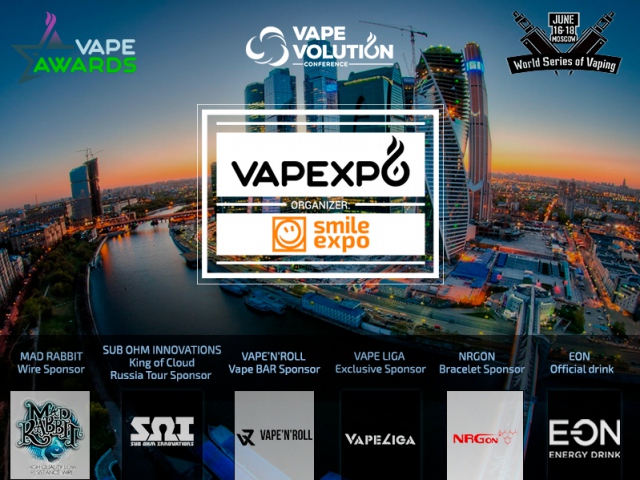 On June 16-17, the industry B2B conference under the new label – Vape Volution – was held in the separate pavilion. Organizers took into account demands of the target audience and speakers’ topics were as useful and relevant as possible. Among others, the audience discovered:

Attendees were impressed by Vape Tricks Show from professional vape trickers from Nicvapeteam and TRIX teams!

VAPEXPO Moscow 2017 became a paradise for cloud chasers as well.

At the event, Sub Ohm Innovations held the final competition of its championship, King of Cloud Russia Tour, as well as provided winners with its devices and $5500!

The show program of VAPEXPO Moscow 2017 was not limited to vape contests. Guests enjoyed the following activities:

Smile-Expo international exhibition company, VAPEXPO Moscow 2017 organizer, expresses its gratitude to everyone involved in the exhibition. Special thanks to:

Follow VAPEXPO news: the next vape event will take place at Sokolniki ECC on December 8-10. See you soon!