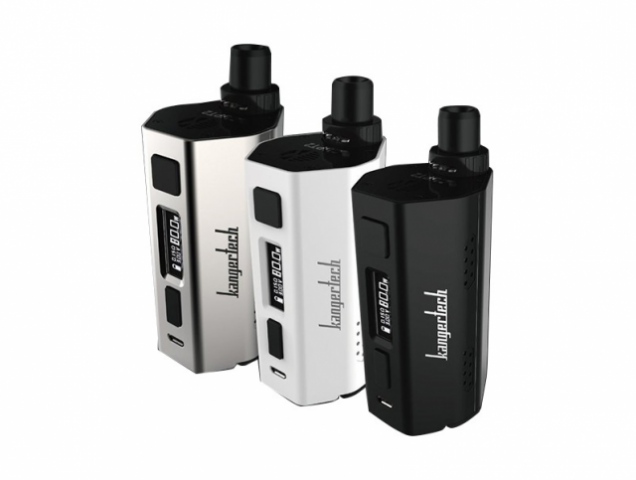 Distinctive features of the device are the possibility to use two batteries at the same time and update firmware.

Since Cupti 2 is powered by two 18650 batteries, it is much thicker compared to the previous model and has a rhombic shape. Dimensions: 84 x 51.5 x 42.5 mm. The maximum capacity of the device has also increased – it is 80 watts now, while older version mod capacity was 75 watts. By the way, the manufacturer has already announced a new firmware, thanks to which the power of the device will reach 100 watts.

The atomizer was not subjected to any changes. It has all the same upper airflow system and method of e-liquid refilling. Tank capacity is 5 ml. The device supports CLOCC and CLRBA as well. The kit includes an adapter for standard vaporizer, allowing to use Cupti 2 as a universal mod and of course increasing its popularity.