Cloud contest: what should every vaper know about vape tournaments? | VapeExpo Moscow

Home
Industry news
Cloud contest: what should every vaper know about vape tournaments? 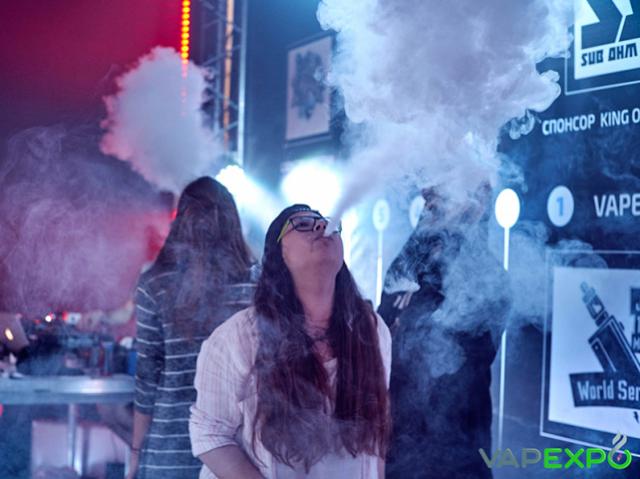 Cloud contest: what should every vaper know about vape tournaments?

Today, the vaping culture is supported not only by the manufacturers of devices, e-liquids and consumers. To attract and involve in this sphere as many people as possible, companies organize various activities for vape fans. The most striking example of such activity is Cloud Contest.

What is Cloud Contest?

Cloud Contest is a competition for the title of the best vaper in blowing vapor.

Such tournaments have the following format: two participants enter the stage, turn to each other with their backs, and after the presenter’s signal make an inhale from their mods and blow out the cloud. The one who has the thicker and larger one, goes to the next round.

Many participants are attracted not by the title of the best cloud chaser itself, but rather by the prize fund. Often organizers of such competitions don’t spare money and give winners cool gifts and cash rewards.

What are the categories of contests?

Unlimited cloud contest is open to everyone and any device. The other two categories have restrictions on weight, sex and devices. Before the competition, organizers always specify such limitations for participation.

The next TWSOV will take place at the winter exhibition VAPEXPO Moscow. The prize fund of the championship is 200 000 rubles! To learn more about the tournament and its rules, follow the news on the event website.