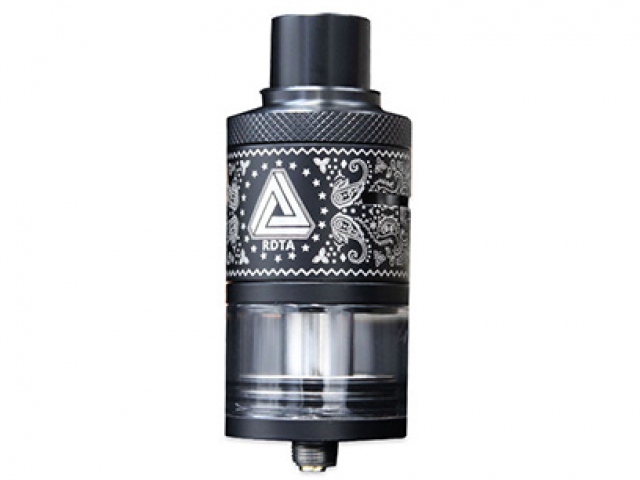 The first version of Limitless RDTA has rapidly gained popularity of vape community. The brainchild of IJOY and Limitless Mods has burst onto the market of tank atomizers and won its substantial part. After a while, brands have decided to join forces again to create Limitless RDTA Plus.

The first thing striking the eye is a new atomizer, which has become even bigger. Its height is increased by one centimetre that is quite noticeable. Thus, the tank is almost not changed structurally. In order to make two versions somehow different, there is a drawing - something like oriental patterns. It looks very nice and adds interest to the device.

However, there have been dramatic changes inside it. Now the base is ready for heavy vaping. Screws and holes for coils are bigger. The kit also includes a few spare titanium screws. This is very much to the point, given that it is almost impossible to buy them.

In case you decide to vape using one coil, there is a stub. Probably, the main improvement of this new version is an increased capacity of the tank. It is now possible to fill up to 6.3 millilitres of juice. Considering the innovative juice side filling design, the tank can be called one of the most comfortable on the market.

It has been decided not to improve airflow. Considering the possibility of installing new major coils, it is a logical step.

New Limitless RDTA Plus won't definitely overshadow its predecessor, but for those who are looking for similar drip tank and are not afraid of big sizes, this device would be the best choice on the market.