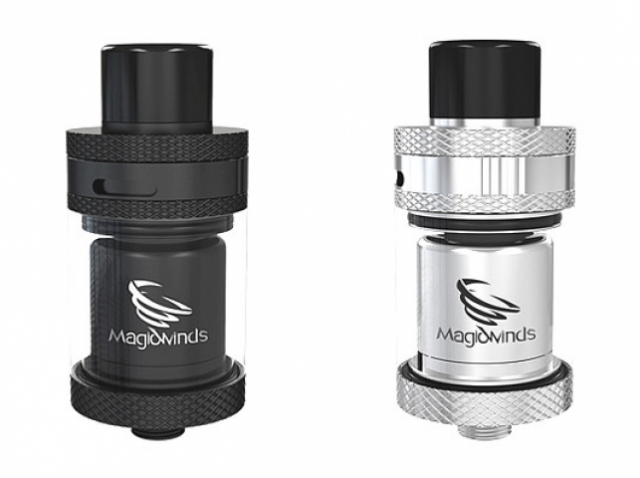 Magic Winds RTA by Oumier turned everything upside down

Oumier is not a well- recognized manufacturer and does not often offer new products to the vape market. But it definitely has devices that are worth the attention, though. Today, we will talk about Magic Winds RTA, which is one of such devices.

The atomizer’s deck features two small posts with tiny holes. The user won’t be able to install serious coils there, but those who like using one coil will acknowledge the undoubted convenience of Magic Winds.

Oumier’s engineers decided to experiment and designed a top airflow system, instead of the traditional bottom one. With time we will see how such a system will influence the intensity of flavour. The air is supplied through two large slots.

Atomizer’s capacity is 2 ml. No, it isn’t insufficient, as the manufacturer positions this tank as a device for flavourful experience, and not for producing lots of vapour. The shape of the holes under the top cap is very handy so that even a beginner will be able to seamlessly refill the device.

It is early to talk about the success or failure of Magic Winds RTA by Oumier, as meanwhile, it is available only for preorder. For the same reason there are no feedbacks from customers, so let’s leave the judgments until better days.