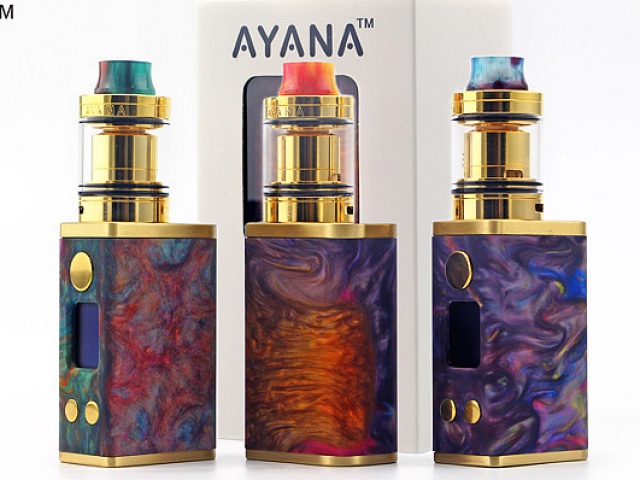 ADVKEN Company produces mostly atomizers. It also tried manufacturing box mods but they weren’t well-received by users. Of course, the manufacturer wasn’t satisfied with that, so, after a while, ADVKEN introduced Ayana 60W.

Taking into account that premium box mods have become popular, designers at lots of Chinese companies decided that vapers were interested in such gadgets. That’s why the new box mod Ayana is made not from wood, but from “resin”. It looks very unusually and it is pleasant to hold in in hands. The battery is charged through a micro-USB.

Board characteristics coincide with those of АК60 produced by the same manufacturer earlier. So, it can be assumed that the company took a ready board, having corrected previous mistakes.