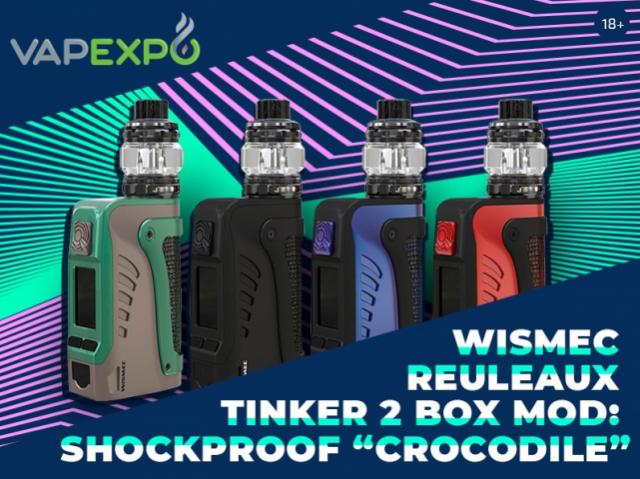 Chinese company Wismec has released new Reuleaux Tinker 2 box mod, which is an advanced and upgraded version of Reuleaux Tinker. The manufacturer tried to factor in all disadvantages of the previous device and to give the line the second chance. So how can the updated box mod surprise vapers?

Wismec presented its first Reuleaux Tinker box mod late last year. The device turned out rather stylish and stood out for great ergonomics and productivity but did not become popular among vapers. The manufacturer decided that it was early to give up on the line and in a year, vapers can assess the improved Reuleaux Tinker 2.

The box mod differs from the first model by more compact size, leakproofness of the case, which is well-protected against water and dust, and round edges. Other characteristics of Reuleaux Tinker 2 are also rather attractive.

Reuleaux Tinker has an eye-catching design and the second model does not lag behind. Instead of the basketball pattern, Reuleaux Tinker 2 boasts crocodile-shaped leather insertion in the case. The device is available in four colors: black, blue, green, and red.

Case sizes were changed – the device became more compact but not too small. Thanks to the rubber insertions, it excellently fits the hand and has good ergonomics. Besides, Reuleaux Tinker 2 differs from the first model by rounded shape: the manufacturer smoothed sharp edges. The case is made of metal and plastics.

The control panel remained almost unchanged: the color screen has rectangular buttons, the fire button is big and ribbed. Near the panel lies a micro USB port that allows users to charge the device and upgrade firmware. 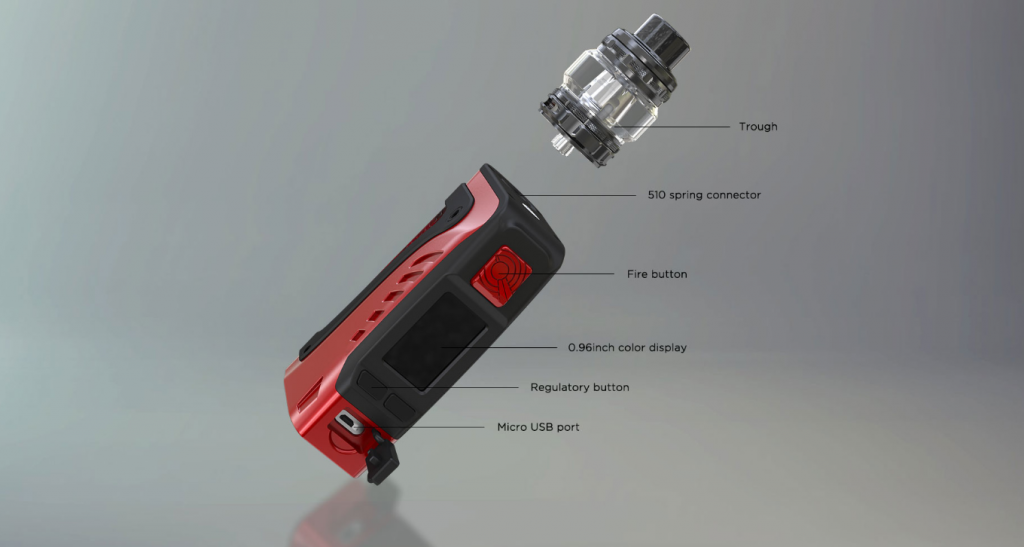 Reuleaux Tinker 2 box mod has IP67 protection i.e. is dustproof, waterproof, and shockproof. The device is powered by two 18650 batteries making it a little smaller as compared to the first model. There is a possibility to choose from temperature control mode or variable watt mode.

The approximate price of Reuleaux Tinker 2 is 4,100 rubles.