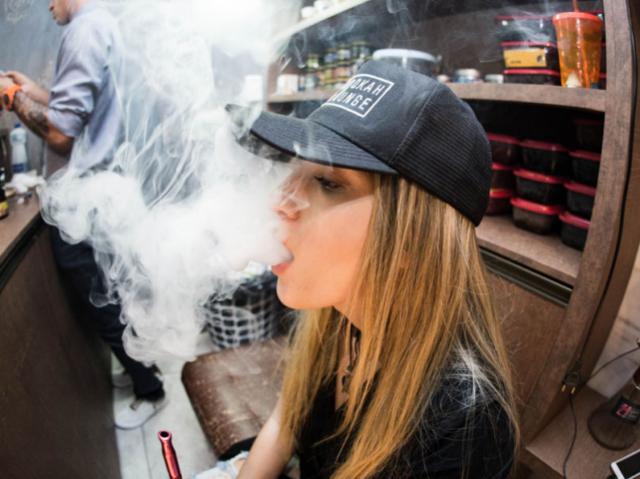 From taboos to Juuling: life of vape community nowadays

Vape community is a group of people who found an alternative to smoking. It has own topics to discuss: vape bars, cloud chasing, vape tricks, various mods, atties, e-juices, coils, and of course a never-ending fight for a place to vape wherever they want. It’s the universe of the current vape community. Well, let us share a bit of the most important stuff with you.

Where do vapers gather?

In most cases, fans of the fragrant vapor let their hair down at vape bars and vape shops. Vape bars are more likely to be located abroad than in Russia. We have similar places in Moscow, Saint Petersburg. Yekaterinburg, and lots of other cities. Here, you can try new e-liquids, buy new atties, check out mods of your friends or just enjoy a great time with like-minded people.

Vape bars are not popular in Russia, but overall there is no lack of vape shops. Vapers are frequent guests at vape shops. Some of them even have specially equipped places for testing. Just like vape bars. It should be noted that the vape community understands the problem of the absence of places for relaxed vaping. That is why owners of vape shops provide a place for like-minded people to spend time in the pleasing atmosphere.

Recently, the debates over the controversial testing and research in harm and benefit from vaping have grown hotter. In February 2018, the scientists at the University of Catania (Italy) found out that vaping does no harm to lungs even within a long-term period. Young people at the age of 27-28 took part in the experiment. Nine of them previously vaped every day while twelve never did it before. The experiment lasted for 3.5 years. The first group was vaping every day while the second continued leading a vape- and nicotine-free life. The results showed no harm to the first nine people. Their lungs remained the same as the lungs of the second group.

A bit earlier, at the very beginning of 2018, the National Academy of Sciences published a report singling out that ‘vaping is much more useful than smoking’. However, it built a safety net just to be secure announcing that all long-term outcomes of vaping are still unknown.

Public Health England, an executive agency of the Department of Health and Social Care in the United Kingdom, took even a further step. This February, it called for the vape devices expansion, even at hospitals. According to the organization representatives, vaping is a better tool for combating smoking compared to intimidating pictures on packages of cigarettes. However, the call remained a call: two hospitals heeded the recommendation and set vaping points in Colchester and Ipswich.

Still, new ways of making people breaking the smoking habit are introduced in the UK. Recently, there have been presented cartoons with the explanation of the vaping benefit over smoking in layman’s terms. The videos are easy to understand, even a teenager would understand the main idea. It may appear that teenagers are the target audience of two cartoons. The first shows the operating principle of mods and a user guide while the second describes passive vaping. By the way, Public Health England supported both videos

In the Foggy Albion’s jails, people were broken of the smoking habit by means of vaping. This happened in the Isle of Man.

The jail workers tried to break the prisoners of the smoking habit as far back as 2008 by prohibiting traditional cigarettes and introducing nicotine patches. However, the prisoners started hand-making mouthpiece cigarettes but nothing good came of it. It was not until 2017 that vaping was proposed.

The experiment took place in April-October. As a result, the smoking ban was violated two times rarer. A considerable number of prisoners asked for help in combating smoking. Moreover, the jail saved £8500 on nicotine packages.

Meanwhile, U.S. schoolkids have got into the new habit since spring — so-called Juuling, e-cigarettes from JUUL that look just like an ordinary memory stick. JUULs are powered by USB. However, nicotine yield in the liquid of such devices reaches 50-60 mg. This would be a huge dose for any box but it’s a perfect amount for a memory stick-size gadget. Of course, the JUULs manufacturer informs that its target audience is the 18+ youth alone. The company also conducted several lectures dedicated to the smoking harm.

By the way, some celebrities wouldn’t say no to enjoying fragrant vaping. The renowned guitarist of the legendary rock band Rolling Stones Ronnie Wood is also a vaper. Let’s mention another famous guitar virtuoso Eddie Van Halen. A trend-setter and American fashion designer Marc Jacobs is in league with the vaping musicians.

Gloria, Princess of Thurn and Taxis, widely known as the ‘punk princess’ and a German socialite, also joined the ranks of the vaping fans.

Come to the largest wape-exhibition of the country VAPEXPO Moscow 2018 - and you will surely discover something new!