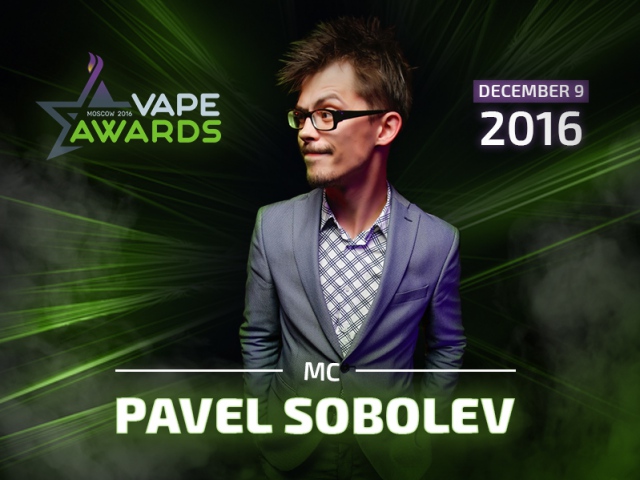 On December 9, the names of the new stars of vape-Olympus in the CIS countries will be announced as part of VAPEXPO Moscow Awards!

The Master of the VAPEXPO Moscow Awards Ceremony will be Pavel Sobolev.

Are you ready to prove to the whole vape community that you are the best?
Are you dreaming to come on the stage and receive the award that thousands of people are striving to?
Then don’t hold off, and submit your application for participation in the VAPEXPO MOSCOW AWARDS 2016!