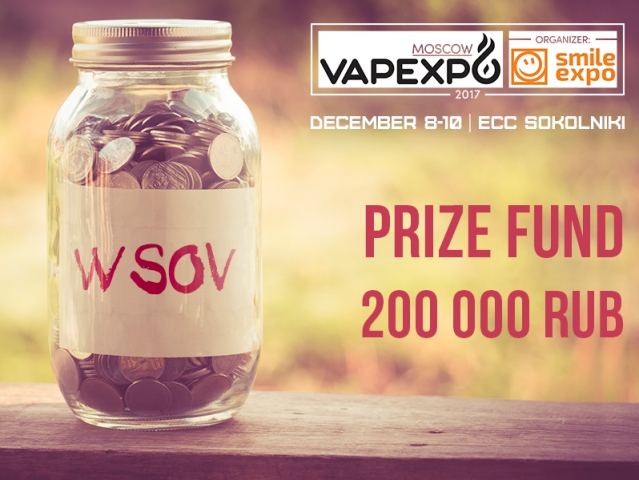 Are you ready to blow off vapor? And what about receiving money for this? On December 9, VAPEXPO Moscow 2017 will hold the international vaping championship – The World Series of Vaping – with the prize pool of 200 000 RUB!

World Series of Vaping (WSOV) is a cloud chasing and vapor trick competition according to all rules of the worldwide standards.

Become the best in one of three categories and obtain the top prize:

Hurry up to register for participation until these sums make you dizzy, and start training!