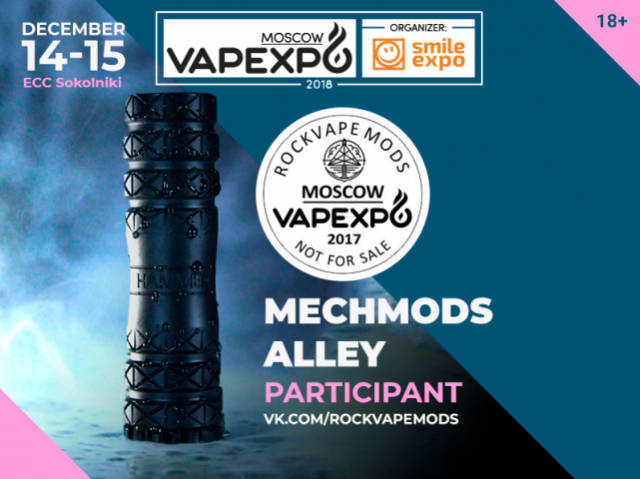 Mech mods by Rockvape are great! Meet the participant of the Mech mods alley Rockvape Mods and their latest hardware for true connoisseurs.

The team produces massive, heavy, but stylish and handy mech mods. One of the keynote principles of the manufacturer is to use quality, locally produced ingredients and materials without Chinese “infusions”.

In the nearest future Rockvape Mods will present their novelties to vapers. One of them will be the second version of the popular Hammerhand, with multiformat compartment for the latest high-current batteries 20700 and 21700.

The brand is also preparing to launch a new product of the Rockvape Titan line for true admirers of cool mech mods. The company will present it for the first time at winter VAPEXPO Moscow 2018 that will take place in the capital of Russia on December 14 and 15.

Attend the Mech mods alley and assess yourself!