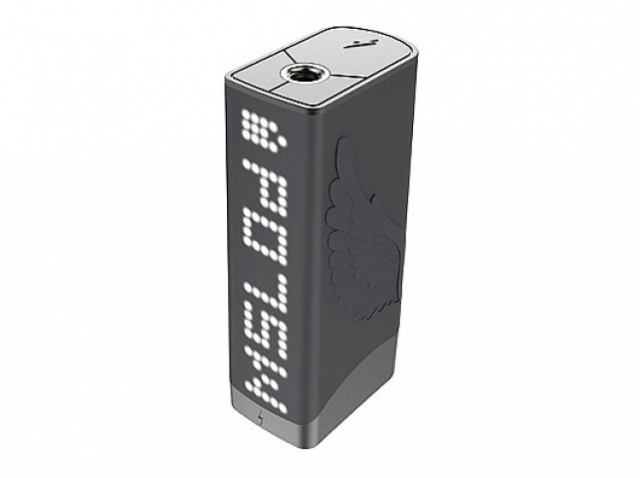 A little known company CigGo assisted in the creation of the Banshee box mod by Praxis Vapors. Later it decided to step out of the shade to create its own device - Tattoo Box.

The box mod stands out for its relief wings drawing on both sides of the chassis. And if you look at the front panel, you can see the beak of the bird. That is a good design solution: it did not take much effort, but it made the box stand out from others.

In addition, it has an unusual display. When it is off it is not noticeable, but when it’s on one can notice that the monochrome dotty parameters are displayed along the whole length of the panel. Such screen has its drawbacks (fades in bright light, the image is lost, if the mod’s color is silver), but it looks cool anyway.

The cover at the bottom of the chassis hides an 18650 battery. Micro USB connector is placed next to the battery compartment.

Tattoo Box by CigGo is an appealing box mod, which will occupy its place in the market and will surely become a surprise for everyone. By the way, the price of the device is quite affordable - $ 40.