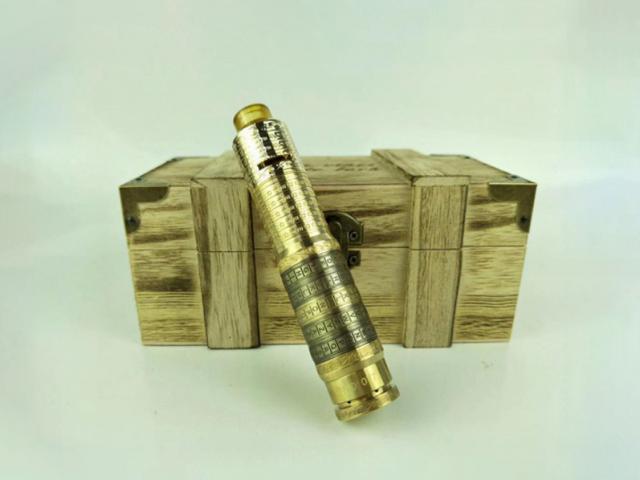 Information appeared on the Internet about the new Davinci Code Mechanical Mod Kit. The only thing that’s unknown is who the manufacturer is and where did it come from. There is no certainty that it is safe to buy such devices, but we must review the new mod.

The gadget looks like a cryptex, which many of us remember from the famous movie The Da Vinci Code. The body has several rings with different Latin alphabet letters, which rotate and allow composing 5 letter words.

The body is made of brass, so the mech mod will have to be cleaned quite often, especially in places with letters. It is quite wide, and the mechanism is spring loaded. The battery adjustment is carried out with a plastic ring in the button.

There are two posts on the deck. The airflow system consists of two symmetrical holes.