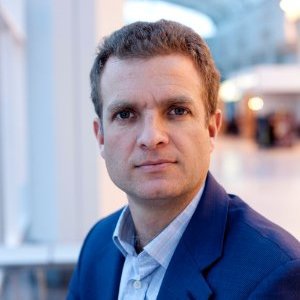 Regulatory and legal base of many countries is often created without consideration of the interests of business, and sometimes the government deliberately confuses entrepreneurs passing equivocal laws. In many ways, the similar situation exists on the vaping market in Russia, where the status of electronic cigarettes is not clearly defined.

To create the most transparent atmosphere and to outline the boundaries and possibilities for doing business in the CIS, an experienced analyst and lobbyist Tim Phillips will speak at CIS VAPOUR DIALOGUES CONFERENCE.

He has 10 years of experience in protecting and lobbying the interests of the politically controversial segments of the market. The speaker participated in the development of commercial projects in Argentina, Britain, Spain and the United States.

During his career as a lobbyist, Tim has acquired considerable experience in the positioning of companies. In particular, as director of the PR-department of the London betting operator, Tim made IPO (initial public offering), during which the company collected £ 1.5 billion.

Moreover, the speaker is the CEO of ECigIntelligence.com, a professional analytical online edition for the market of electronic cigarettes. The ECigIntelligence's editorial consists of proven social scientists, lawyers and economists, who provide manufacturers and retailers of e-cigarette with market researches, data on consumer demand and the latest legislative summaries.

At the CIS VAPOUR DIALOGUES conference, Tim Phillips will talk about methods of protection and business development, as well as inform about the last update on the market of electronic cigarettes of the CIS.