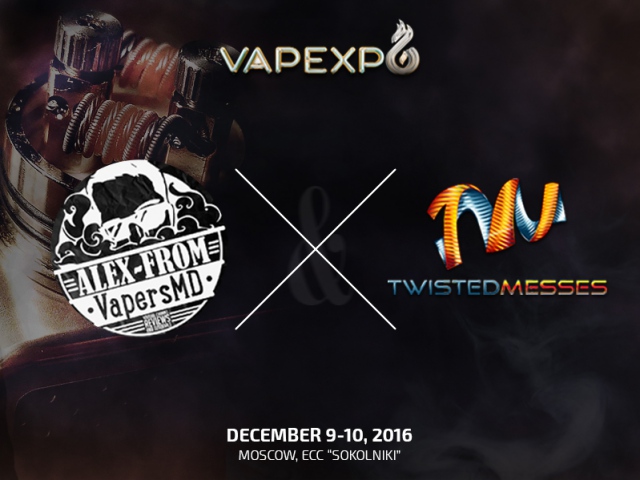 Guests of VAPEXPO Moscow 2016 that will take place on 9-10 of December are the coolest vapers, trickers, and bloggers from all over the world. Twisted Messes coil building specialist is among the invited attendees.

Twisted Messes has become known globally thanks to his builds, as well as the similarly-named brand of devices.

At VAPEXPO Moscow 2016, Kent Hill will present a project together with VapersMD, including the exclusive Skill RDA, which has been discussed so eagerly but is not on sale yet!

By the way, Twisted Messes will be one of the judges at the cloud chasing championship titled The World Series of Vaping!

Register to VAPEXPO Moscow 2016 and be the first one to see really exclusive stuff!