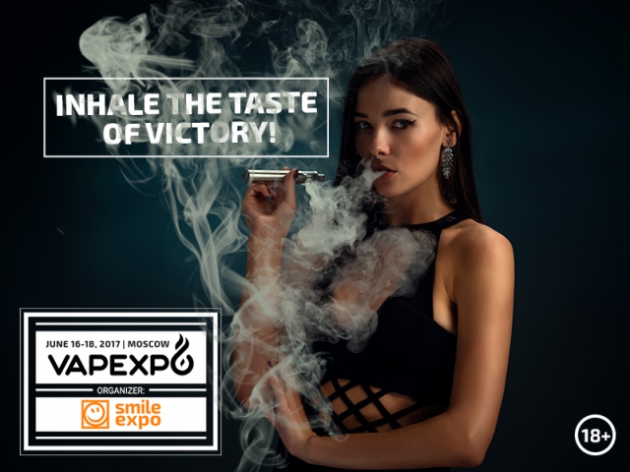 Who says cloud contest is men’s competition? No, indeed! It is available for everyone! On June 18, extremely large-scale VAPEXPO Moscow 2017 will include a free cloud contest for girls – Unlimited Cloud Contest (Female)!

You should admit that female vapers also have to show their skills and compete with each other in terms of clouds. Unlimited Cloud Contest is a cloud chasing competition where fair sex of the vape audience will reveal the potential of their lungs!

Girls will compete with each other in order to make cloud chasing as honest as possible.

Unlimited Cloud Contest (Female) does not have any limitations for devices and coil building. It sets only one rule: the age of participants – over 18 years!

Three of the best ones will get top prizes: modern devices and sets of tasty e-juices!

To participate in the female cloud contest, fill in the registration form.

IMPORTANT: you should confirm your participation near the stage of VAPEXPO Moscow 2017 on the event day.

Buy a ticket to VAPEXPO Moscow 2017 and show your skills in the female cloud contest!