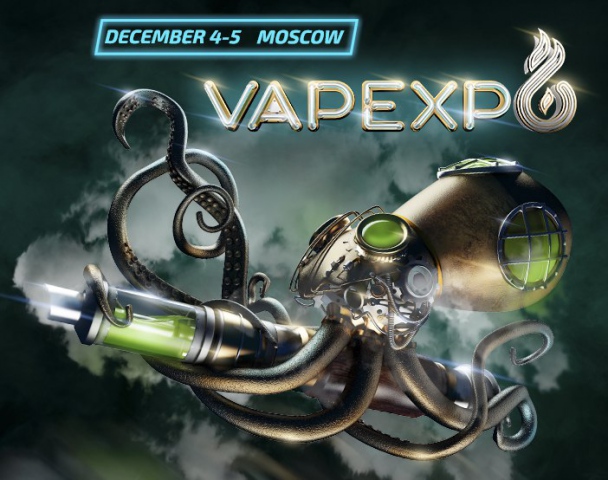 Long-awaited opening of Vapexpo Moscow 2015 took place on December 4th, 2015. Vaping experts and amateurs from Russia and the CIS states, the EU and America visited conference and exhibition of e-cigs and accessories.

Leaders of the industry, producers of the devices and eLiquid, members of the CIS vape-community gathered together in Sokolniki exhibition center, as well as all who consider Vaping to be their hobby.

Leaders of Russian market together with members from the USA, UK, China, Malaysia, Italy, France and Czech Republic demonstrated their products to the audience.

Main topics of the conference

This very event became even more massive, compared to the one in June. Many speakers were unique for Russia and audience listen to them for the first time.

Alyssa Starr, the chief editor of Vape Magazine, popular American magazine about events and trends in vape industry, introduced the audience to the culture of vaping in the US, where it has long become a popular trend. The vape market in the US is much more developed than in Russia.

The features of another foreign market, the China one, were described by Yushu Zhu, Ruvian’s Director of Sales and Marketing.

John Stewart, the co-founder of E-Cigarette Club spoke about the latest EU directives on vapeproduction. He warned Russian business from making the same mistakes, as the EU did.

The topic of intercooperation with government was touched upon as well by Gregory Conley, the president of American Vaping Association. He shared the experience of carrying on a dialog and “war” with US officials.

Beju Lakhani, the co-founder and CEO of Moshi E-Liquids spoke about ways of starting successful business. And proscects of vape industry were discussed by Qasim Shah, the СЕО of Atom Vapes.

The E-liquid vape off – the Best Aroma award

One more important event of Vapexpo was the best eLiquids producer awarding. Winners were chosen by Internet voting: Users of social networks named their three most favorite brands.

It is great honor that among the winners there were two in-house brands: Atmose and Oh My Cloud. They shared winning places with Cuttwood from the US. Products of these companies will be presented at the next  Vapexpo, which will be held next summer.

The most spectacular part of the first day was the performance of VGOD Vapinggurus. “One is struck dump with astonishment of what these guys are doing” users of social networks wrote.