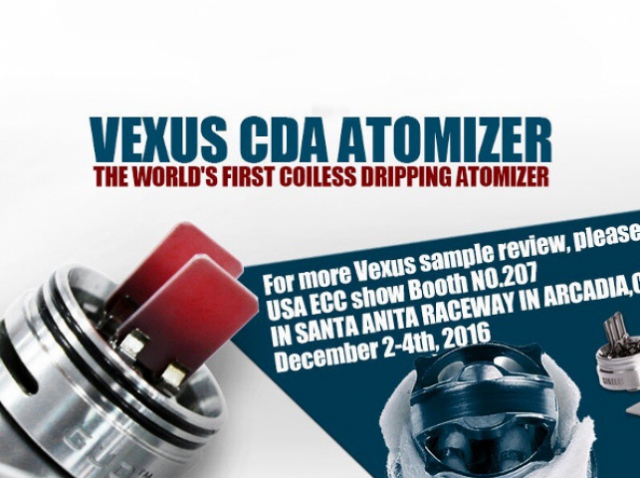 It seems that Sigelei decided to have some rest as there was nothing to be heard about it for some time. But the break is over now and they are back to work. The result is the new Vexus CDA.

Engineers implemented a coil-less system, which had been introduced by Guo Altus earlier. It works as follows: a heating element is installed in the deck, and cotton is attached to it with a special clamp.

There are two types of airflow: bottom and side airflow. User can adjust the side airflow by rotating the drip tip. And the bottom airflow is adjusted using the ring.

Judging by the experience of Guo, the idea of coil-less atomizers did not catch on. But who knows – perhaps, everything will be different for Vexus by Sigelei. Device costs around $70.