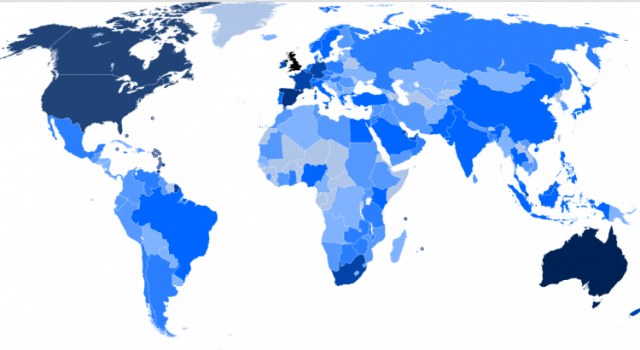 Sometimes, it is necessary to build a complete picture of reality in order to percept the information. As with electronic cigarettes, knowledge of the nuances of the legislative regulation of the industry in the CIS alone does little for objective perception and analysis of its prospects.

Therefore, we have decided to create an overall picture of the legislative regulation of the electronic cigarettes market and analyze legal climate of the various states in the world.

Argentina. Total ban on the importation, distribution, commercialization and advertising of e-cigarettes and paraphernalia related to them.

Australia. Nicotine is legally classed as a poison. Sale and marketing is prohibited. Private use of e-cigarettes is undesirable, but not prohibited.

Brazil. Ecigs are regulated as tobacco product. Import, sale and marketing are prohibited.

Brunei. Sales are prohibited because it is an imitation of a tobacco product and a fine of $10,000 can be imposed

Israel. Both the import and sale of the product are banned. Private use is possible.

Canada. Total ban on the importation, distribution and advertising of e-cigarettes and paraphernalia related to them.

Malaysia. Electronic cigarettes are considered medicinal products. They are  available for purchase and use subject to medical licenses.

Mexico. Sale, advertising and use are forbidden because the design is too similar to a tobacco product.

New Zealand. Nicotine-containing eCigs are classed as medicine device and their cartridges and liquid are considered medical products. Sale is possible only after licensing. Advertising and sales of non -nicotine products are permitted.

United Arab Emirates.  Trade and sale of e-cigarettes are banned.

USA. Advertising, sale and use are permitted.

Turkey. Sale and advertising are banned.

Japan. Ecigs with nicotine are banned because they are classed as unlicensed medical products. In other respects, the distribution and use are allowed.

EU.  Each state independently determines the status of Ecigs. Products fall under restrictions in the case of direct damage to health and, conversely, can be legal, if they are recognized as medical devices.

Europe continues to study the impact of electronic cigarettes on the human body, and it is in no hurry to make a final decision - "yes" or "no."

United Kingdom. Use and sale are allowed. Advertising is allowed only as a medical device and only after appropriate certification.

Germany. No restrictions on sales and use. However, Customs officials in some states of the Federal Republic of Germany class e-cigs containing nicotine medicinal products and do stop commercial or personal imports at the respective customs border.

Greece. Advertising and use of electronic cigarettes in public places are not permitted.

Denmark. Advertising and use of e-cigarettes are prohibited.

Italy. The Ministry of Health permits electronic cigarettes, but the relative t legislation has not been developed yet.

Latvia. E-cigarettes may be sold to individuals at least 18 years old.

Malta. Ecigs fall under the Tobacco Act. They cannot be advertised, they cannot be smoked in enclosed public spaces and they can only be used by adults over the age of 18.

France. Ecigs and nicotine liquid are considered to be consumer goods regulated with general product safety regulations.  If the amount of nicotine in the cartridge is greater than or equal to 10 mg (or the concentration of e-liquid for refilling is more than or equal to 20 mg / ml.), the additional rules are applied.

Czech Republic. Electronic cigarette marketing and use are unrestricted.

Sweden. E-cigarettes and nicotine-free cartridges may be sold, but nicotine cartridges are prohibited.